Herbert List (1903 – 1975) is one of the most pioneering photographers of the 20th century. The Bucerius Kunst Forum presents the first international comprehensive exhibition of the Hamburg-born photographer in more than twenty years as part of the 8th Triennial of Photography Hamburg 2022.

With around 240 original photographs, the exhibition Herbert List. The Magic Eye presents the Magnum photographer's entire range of work from over thirty years as never before.

The son of a Hamburg coffee wholesaler, List was himself a trained merchant. He came to photography in the late 1920s as an autodidact. At first, he mainly took pictures in his private surroundings, on excursions to the Elbe or the sea – a welcome change from his everyday work in the family business. But the Nazi takeover turned his fortunes around: as a "quarter Jew" – according to racist ideology – with a Jewish grandfather and a homosexual, he was forced to leave Germany in 1936.

The retrospective is divided into seven chapters: Hamburg Beginnings, Still Life, Greece, Young Men, Italy, Artists Portraits, and Reportage. It thus spans the arc from List's beginnings in Hamburg, his Surrealist works before 1945, in which he wanted to make the enigmatic and ambiguous aspects of reality visible, to his dreams of a living antiquity in Greece and his male nudes, with which List made a confession of his own homosexuality, to his street scenes in Italy and the portrait photographs of well-known artists: Inside such as Pablo Picasso, Marc Chagall, Georges Braque, Marlene Dietrich and Ingeborg Bachmann, to the comprehensive pictorial reports of non-European cultures and the documentation of the effects of the Second World War in destroyed Munich.

The exhibition Herbert List. The Magic Eye was created in close collaboration with the Herbert List Estate in Hamburg and the Munich City Museum.

The exhibition is sponsored by 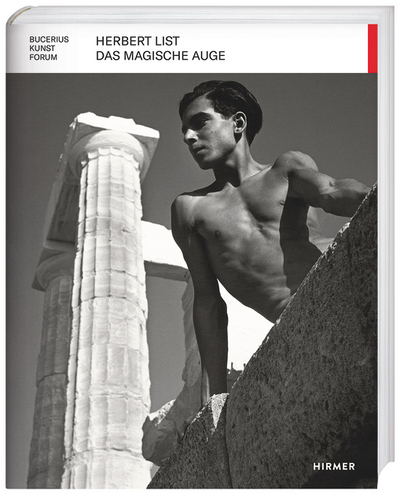 BKF Guide as an App for your smartphone

Just download the BKF Guide for free onto your smartphone to experience the exhibited works in multimedia before, during and after your visit to the show and have access to background information.

At the same time, from May 20 to September 18, 2022, the Museum für Kunst und Gewerbe is showing the exhibition Präuschers Panoptikum. Ein Bilderbuch von Herbert List in collaboration with Bonartes Wien.

At the Bargheer Museum, from May 15 to September 18, 2022, you can discover the show Passione e Destino – Aufbruch des Fotografen Herbert List und des Malers Eduard Bargheer in die mediterrane Welt.

Back to Overview
All Exhibitions

This website uses cookies. Those have two functions: On the one hand they are providing basic functionality for this website. On the other hand they allow us to improve our content for you by saving and analyzing anonymized user data. You can redraw your consent to using these cookies at any time. Find more information regarding cookies on our Data Protection Declaration and regarding us on the Imprint.