Emil Nolde is one of the best known and, due to his later National Socialist convictions, one of the most controversial artists of classical modernism. The exhibition, mounted by Bucerius Kunst Forum in cooperation with the Nolde Stiftung Seebüll, examines the artist’s early work for the first time in relation to nordic art. Around 80 of the artist’s works, most of them produced between 1900 and 1902, are juxtaposed with paintings by his Nordic contemporaries, including Georg Nicolai Achen, Anna Ancher, Michael Ancher, Vilhelm Hammershøi, Peter Ilsted, Peder Severin Krøyer, Ejnar Nielsen and Laurits Andersen Ring.

In 1900 Nolde visited the World Exhibition in Paris and was deeply impressed by the Scandinavian art shown there. In the same year he decided to travel to Copenhagen, rented a studio and devoted himself to study Danish painting. Motifs and approaches typical of Nordic painting inspired Nolde's own unconventional compositions. One of his key themes at the time was the world of fantasy, and the artist looked to both literary sources and Nordic oral legends for his subjects. The Scandinavian influence can also be felt in his interior scenes and atmospheric landscape paintings. Thus, Nolde's time in Denmark contributed significantly to the development of his art. 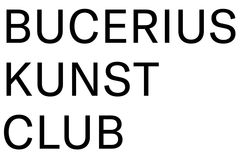 Back to Overview
All Exhibitions

This website uses cookies. Those have two functions: On the one hand they are providing basic functionality for this website. On the other hand they allow us to improve our content for you by saving and analyzing anonymized user data. You can redraw your consent to using these cookies at any time. Find more information regarding cookies on our Data Protection Declaration and regarding us on the Imprint.